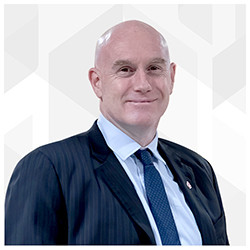 Mr. Dean Cleland : Chief Executive Officer
Date of appointment : September 2019
Biographical details : Mr. Cleland, a highly proficient international banker, has worked for over 20 years in Asia and the Pacific. He possesses extensive experience in Financial Services in the areas of Banking, Operations, Technology, Digital, Property & Enterprise Services and Major Transformation. Working as an Executive General Manager at National Australia Bank (NAB), he has spent the past seven years working in Singapore and Australia. Mr. Cleland led the development, execution and implementation of the NAB Business Bank strategy by redefining Relationship Banking at Australia’s largest business bank, delivering an end-to-end operating model to enhance and grow the customer value proposition. Prior to NAB, Mr. Cleland worked at ANZ for 30 years in various roles, including as founding CEO of ANZ Royal in Cambodia. With more than 35 years of banking experience, he brings unique international banking expertise and leadership to Yoma Bank. 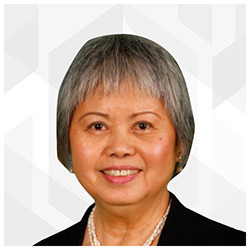 Ms. Suzanne Pun : Ombudsman
Biographical details : Ms. Suzanne Pun joined Serge Pun & Associates (Myanmar) in 1990 as an Office Administrator.  She was involved in setting up the First Myanmar Investment Company and returned to the United States after its formation.  In 1993, she returned to Myanmar to start the Stamford City Business Institute (SCBI), setting a platform for training all in-house staff of the SPA Group in basic office skills, from typing to office administration, management, and leadership skills.  SCBI also functioned independently as a popular language school for local children and adults. In 1997, she took over the training program for Yoma Bank staff until she retired in 2008. In 2013, she rejoined Yoma Bank as Ombudsman. Prior to her work with the SPA Group, Ms. Pun was an English teacher at the University of Rangoon, and had worked as a secretary and legal assistant in real estate and law firms in Honolulu, Hawaii. Daw Ommar Sein : Senior Advisor
Biographical details : Daw Ommar Sein joined Yoma Bank in September 2014 and currently serves as Advisor. Prior to Yoma Bank, she was part of the Research and Training Department of the Central Bank of Myanmar, which she first joined as a Statistical Assistant and where she remained for over 38 years until her retirement in 2014. While working at the Central Bank, she was nominated to serve as Senior Advisor to the Executive Director of the SEAV Group at the IMF for a two year term (1996-1998).
Ommar Sein holds a B.Econ (MS) degree from the Institute of Economics. She has, over the years, written several research papers, given lectures at various institutions including the Institute of Economics and the National Defense College, and represented the Central Bank at local and international conferences and forums. She was also a member of the drafting committee that worked on the 2002 Control of Money Laundering Law. Daw Aye Aye Soe : Chief Regulatory Officer
Biographical details : Daw Aye Aye Soe joined Yoma Bank as a Branch Manager in 1999, and in the 15 years since has steadily risen to her present position as an Executive Director and a member of the Executive Committee. Her sound knowledge of the Myanmar Banking industry originates from her extensive experiences since 1991 in many banking institutions including the Myanmar Central Bank, Myanmar Foreign Trade Bank, and Myanmar Economic Bank. Prior to joining Yoma Bank, she was the Chief Accountant at First Private Bank for six years. She graduated with a Bachelor’s of Commerce in Banking from the Institute of Economics (Yangon) in 1991, and is a Certified Public Accountant (CPA). Vijay Kumar Maheshwari : Chief Financial Officer
Biographical details : Vijay Kumar Maheshwari was appointed as Chief Financial Officer on 1st September 2016. He is responsible for Finance, Treasury, and Business Planning. Prior to this, Vijay had worked for 26 years with Standard Chartered Bank and its publicly listed associate banks, including 10 years as CFO, across India, Hong Kong, Singapore, Korea, Indonesia, Vietnam and London. Vijay brings extensive hands-on experience in finance as CFO, strategic transformation through enabling technology, business leadership, corporate governance and investor relations; and engaging with shareholders, boards and management to deliver performance & ROE improvement.
An Indian national, Vijay is a fellow member of the Institute of Chartered Accountants of India and an alumnus of Oxford Business School. Kyaw Soe Lin : Chief Technology Officer
Biographical details : U Kyaw Soe Lin is the founder of Yoma Bank’s IT department and is currently serving as the Chief Technology Officer of the Bank. As an IT professional with more than 16 years of experience in customized software application development, Kyaw has accumulated in-depth knowledge of IT technologies and extensive experience in local and international banking operations, hospital management systems, and many other commercial sectors. His vast experience and expertise cover operations, programming, database management, telecommunications, networking and project management. The highlight of Kyaw’s IT career is the pioneering achievement of his team developing the “Yoma Integrated Banking System”, Myanmar’s first automated banking software, in 2000.
Born and raised in Yangon, Kyaw graduated with a B.Sc. (Hons.) in Physics from Yangon University. He also holds a Master of Information Science from the University of Computer Studies, Yangon. Ba Maung Sein : Chief Operations Officer
Biographical details : Ba Maung Sein joined Yoma Bank in 2014 and is currently serving as Chief Operations Officer.
His professional career began as an underwriter with Transport Insurance Company in Dallas, Texas, and he also held operation, finance and consulting positions in retail, manufacturing and Information Technology sectors in the USA and Canada. A native of Yangon, Ba Maung Sein holds a Bachelor of Business Administration in Finance from the University of Texas at Austin in the USA and an MBA from McGill University in Canada. 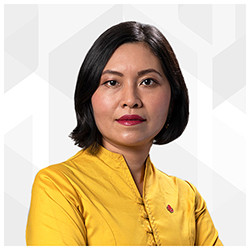 Nang Khin Khin Gyi : Chief People Officer
Biographical details : Nang Khin Khin Gyi joined Yoma Bank in September 2016 and is currently serving as the Chief People Officer.
Prior returning to Myanmar to join Yoma Bank, Nang has worked for over 10 years in Corporate America as an Internal Auditor. She was a Global Corporate Internal Audit Manager for Alere Inc. based in Massachusetts. Prior Alere, Nang also worked for Thermo Fisher Scientific, a Fortune 500 Company headquartered in Waltham, Massachusetts.
Nang brings to Yoma Bank her extensive experiences in Internal Controls COSO Framework, Enterprise Risk Management, Financial Auditing, Compliance Auditing, Information Technology Auditing, Process Improvement and Business Optimization. Nang holds a master’s degree in International Economics and Finance from Brandeis University, Massachusetts, a B.S. in Management/ Finance from the University of Massachusetts, and an A.A. in Liberal Arts from Bard College at Simon’s Rock, Massachusetts. She is also a Certified Internal Auditor. 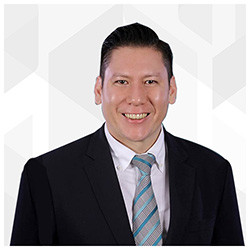 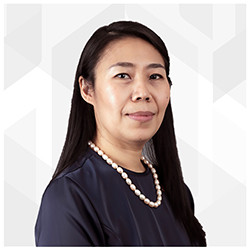 Khin Mu Mu Myint : Chief Customer Officer - Business
Biographical details : Khin Mu Mu Myint is a highly accomplished senior executive with over 20 years of progressive experience in commercial banking, strategic partnership, corporate development, product development, financial management, corporate governance, and restructuring and transformation for Fortune 100 and privately held companies in various industries.
In her role as CCO – Business, she will specialize in driving our strategy to become the bank for all businesses in Myanmar.
During her time at Yoma Bank she was involved in founding the Commercial and International Banking Division including the development of products and services and successfully launched multiple business units across the Bank.

Prior to this she held roles in a number of significant US organizations such as Freddie Mac, the World Bank, Citi Group, JP Morgan and Prudential Insurance as well as local conglomerate entities. 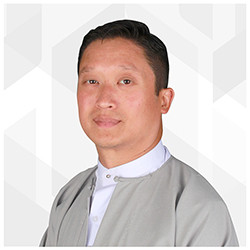 Naing Aye Lynn : Chief Customer Officer - Personal
Biographical details : Naing Aye Lynn joined Yoma Bank in June, 2017 as a Lead Transformation Officer leading several operational and organizational transformation projects over the course of the next 18 months.
Following that, he worked as Head of Branches, leading a network of over 1,800 retail banking staffs in a distributed network of 80 branches across Myanmar until his appointment into his current role as Chief Customer Officer - Personal Banking in June, 2020.

Prior to joining Yoma Bank, Naing Aye Lynn had over 18 years of experience working in the investment banking industry in both New York and London, working for UBS Investment Bank, JPMorgan and Bank of America Merrill Lynch.

Naing Aye Lynn left Myanmar as a teenager and spent 28 years of his life abroad in Zimbabwe, Botswana, United States and the United Kingdom, before returning to Myanmar in June 2017. Lisa Brander : Chief Auditor and Chief Compliance Officer
Biographical details : Lisa Brander is an internationally certified AML specialist and certified fraud examiner. Prior to working for Yoma Bank she worked for CLSA as the Global Head of Client Onboarding and Regulatory Reporting. She has also been the Regional Head of AML and was responsible for managing the Anti-Money Laundering, Sanctions and Anti-Bribery program in 12 countries across Asia Pacific.
She has over 20 years of experience in EMEA and Asia Pacific Markets. She is a trained lawyer and has covered investment banking, sales and trading in equities and fixed income markets as well as equity derivatives.

She started her career as in-house legal counsel at ING for the project trade and structured finance business before transitioning as an investment banker, also working for the Dutch Development Bank FMO. She has been an auditor for Citigroup covering the capital markets business, focusing on legal and compliance aspects and regulatory requirements in Asia Pacific as well as examining the robustness of operational risk frameworks. 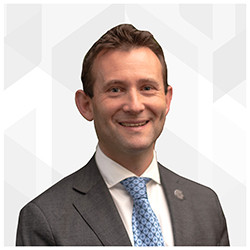 Paul joins Yoma after 5+ years as the Chief Information Officer for RMIT University where he led the successful design and implementation of RMIT’s information and communications technology and digital transformation strategy.

Prior to RMIT, Paul worked for Accenture where he was responsible for the execution of a business transformation program across operations, banking and non-banking streams for a bank in Africa.
He has also held previous roles with the ANZ Bank, in Australia within the personal and technology infrastructure divisions, as well as in Singapore where he managed a wide range of technology and operational responsibilities for the Asia, Pacific, Europe and America division of the bank.

Paul is passionate about driving a culture of innovation, collaboration and in bringing together cross functional teams in the delivery of customer centric solutions and business outcomes. He is skilled in the design of both tactical and strategic capability roadmaps and has a deep background in technology and digital developments designed to disrupt traditional operating models.

Paul is married with two boys, a boxer dog and enjoys scuba diving at any available opportunity. 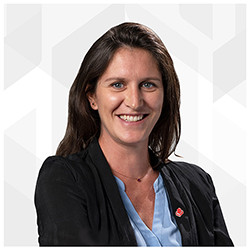 Ludovica Fabbro : Head of Strategy
Biographical details : Ludovica Fabbro has joined Yoma Bank in 2017, initially as Program Manager for Digital Transformation and subsequently creating the Strategy team and becoming Head of Strategy. Ludovica’s professional experience includes both start-ups and traditional banking and covers a long list of countries.
Before joining Yoma Bank, Ludovica worked for 4 years at J.P. Morgan in Geneva, in the Strategic Programs Group. Prior to that, she was head of Market Intelligence and Pricing for Lazada Ho Chi Minh City. Her past experiences include also Strategic Marketing for BNP Paribas in Paris and Business Development for Groupon London.
Ludovica’s background in Business comprises a Bachelor in Business Administration in her home town, Turin, and a 3 years/3 languages Master in Strategy and Management from ESCP Europe across Turin, London and Paris.